The fact that the fraud charges against Finance Minister Pravin Gordhan and his erstwhile colleagues in SARS – relating to former Deputy Commissioner Ivan Pillay’s R1.1m retirement payout back in 2010 – were six years in the making seems to lend credence to arguments by some – including Gordhan himself – that the NPA is being disingenuous when it claims, as its boss Shaun Abrahams did yesterday, that the charges are not politically-motivated, notes Legalbrief. Gordhan is in no doubt that the charges are without merit and that the NPA is being manipulated for political ends, saying: ‘This is a moment where all South Africans need to ask whose interests these people in the Hawks, the NPA and the NDPP are advancing. Where do they get their political instructions from and for what purpose.’ He also said: ‘I intend to continue doing my job. The fight against corruption, maladministration, and the waste of public resources will continue.’ Abrahams stressed yesterday that ‘the days of disrespecting the decisions of the NPA are over’. He repeatedly denied that the NPA was being politically influenced, and he lashed out at criticism that it was not independent. ‘What if this decision was made by a judge, what if this decision was made by the Public Protector, would your reaction have been the same? The days of disrespecting decisions of the NPA are over,’ he is quoted as saying in a report on the IoL site. ‘The days of non-accountability and not holding senior government officials accountable are over,’ he added. The Hawks has also been investigating Gordhan over the so-called ‘rogue spy unit’ at the tax agency, set up when he was at its helm. Abrahams said that investigation was continuing.

Full report on the IoL site 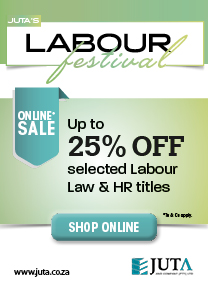